The Charles A. Tindley Accelerated School is the first accelerated school in Indiana. An open-enrollment charter school serving grades 8-9, it opened its doors in 2004 in a former grocery store located in the Meadows — a low-income urban neighborhood on the northside of Indianapolis. Today, the Tindley network has grown to three schools serving grades K-12.

From the beginning, the Tindley vision has been to ensure 100 percent of its scholars gain acceptance to a fully accredited four-year college or university. With this in mind, Tindley scholars are expected to achieve exceptionally high levels of scholarship and citizenship. Each scholar is expected to work at least one grade level ahead through a rigorous, accelerated curriculum model; upon entering the eleventh grade, scholars are enrolled in the Early College Program, completing up to 36 college credit hours via dual-credit courses in partnership with the University of Evansville. To this date, Tindley has been successful in its mission; last year, 40 graduates earned acceptances to over 600 post-secondary schools and were offered a total of nearly $15 million dollars in scholarships.

Throughout the past years of its existence, Tindley Accelerated School garnered a reputation as one of Indianapolis’ most successful charter schools, earning the National Blue-Ribbon Schools Award in 2010. 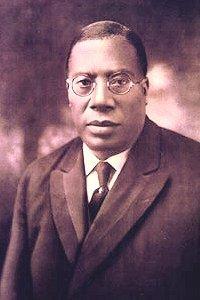 The Tindley School is named for Dr. Charles. A. Tindley, the founder of the Tindley Temple United Methodist Church and a major figure in the history of gospel music. Dr. Tindley wrote more than 50 hymns, including the iconic “We Shall Overcome,” “We’ll Understand it By and By” and “The Storm is Passing Over.”